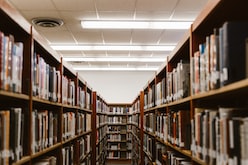 The University of Mangalore Syndicate, which is the university’s highest decision-making body, will hold a special meeting on Monday to discuss, among other things, the timing of exams for the last undergraduate and postgraduate courses. semester of the academic year 2020-21.

After several postponements since April of this year, the university completed its semester exams (first, third and fifth) of the 2020-21 academic year on September 2, after a hiatus of about five months. The university had been forced to postpone exams, which had started on April 1, three times due to the strike by KSRTC employees, the lockdown and the ban imposed by the deputy commissioner to prevent the spread of COVID- 19, mainly from Kerala.

Vice Chancellor PS Yadapadithaya said The Hindu that the university plans to organize the final exams of the semester, the sixth semester for undergraduate courses and the fourth semester for postgraduate courses, from September 30 or during October. The dates are not yet final. No online exam will be organized for the last semesters.

The vice-chancellor said that after assessing the Kannada and English answer copies of the odd semester undergraduate exams, the assessment of the answer copies of other subjects was halted on August 4 after the sub- commissioner asked the university not to conduct the exams.

The university will announce the results of other odd semester exams (first and third) in due course as there is no rush as these students will continue their studies, he said.

The vice-chancellor said that the semester exams for the second and fourth semesters will not be held and students will be promoted if they have passed all subjects in the first and third semesters.

Mr Yadapadithaya said the university will only be able to start the 2021-22 academic year in November.

Mangalore University has yet to develop a NEP curriculum | Mangaluru News

Mangaluru: The University of Mangalore has not yet finalized the new curriculum under the National …