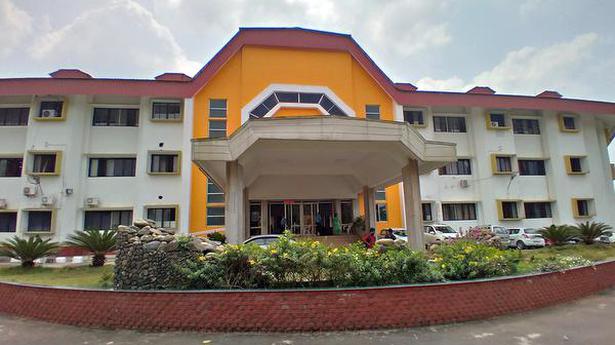 Mangaluru, March 30: The Campus Front of India (CFI) staged a vehement and gheraoed protest at Mangalore University in Konaje on Wednesday, March 30, opposing the invitation of RSS leader Dr. Kalladka Prabhakar Bhat for the inauguration of the university student council.

Several members of the CFI, including a student leader, were arrested in this context. Protesters argued that inviting a hate lecturer to an official university program could only vitiate the educational environment on campus. 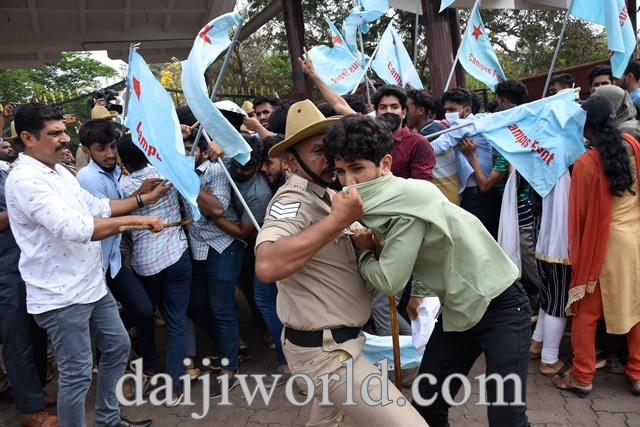 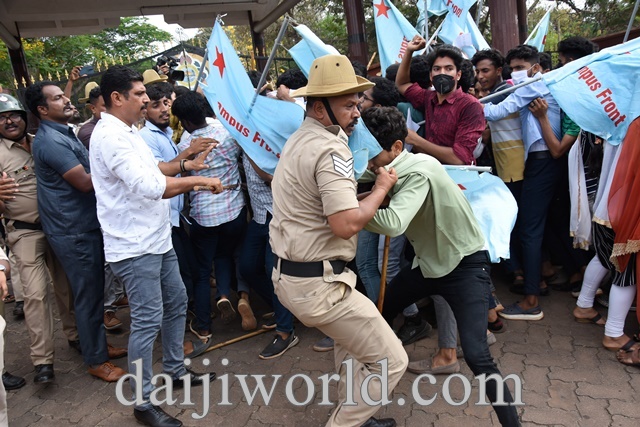 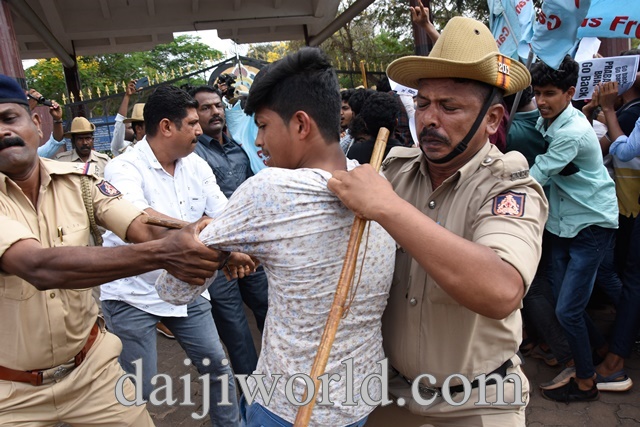 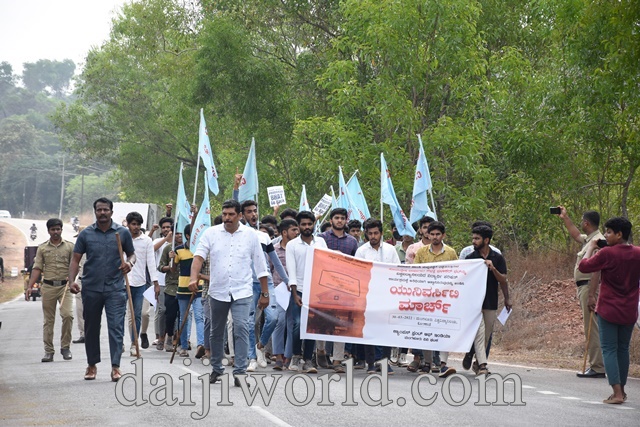 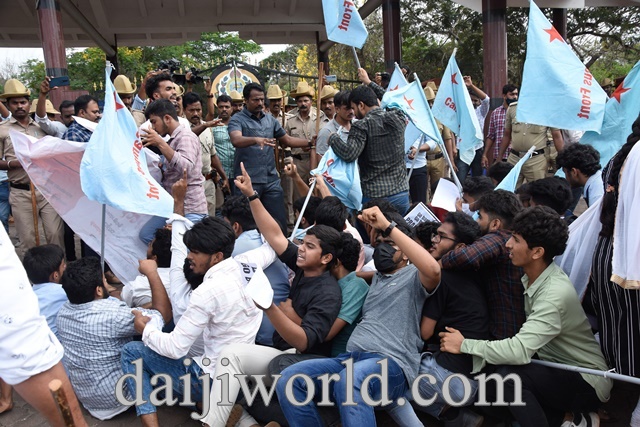 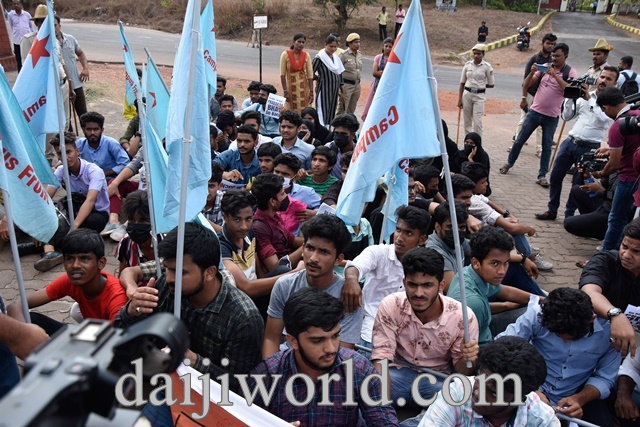 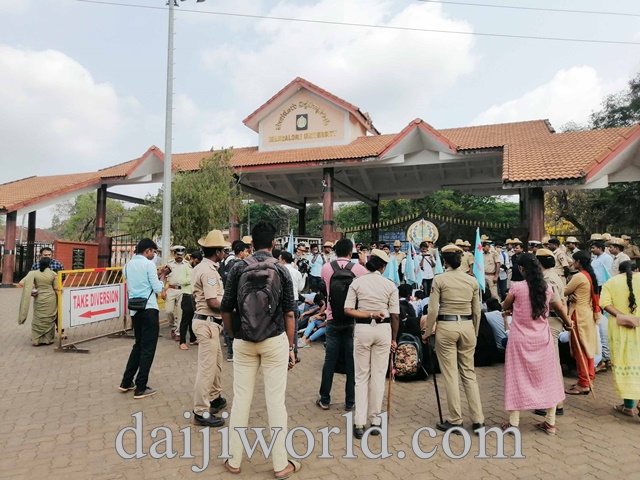 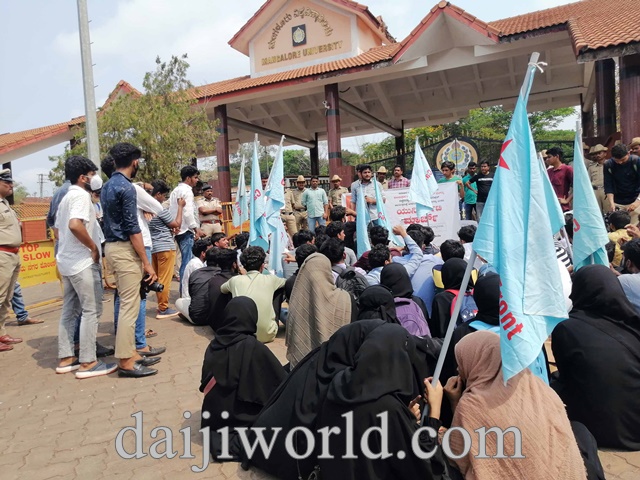 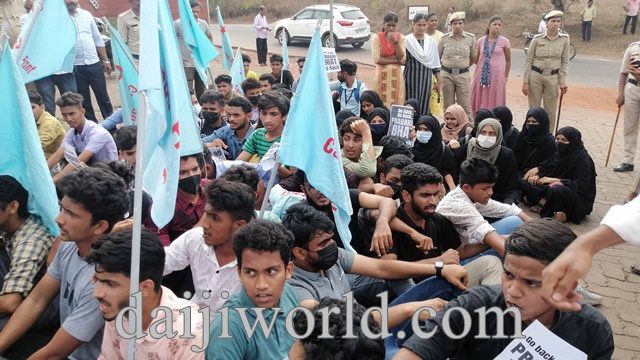 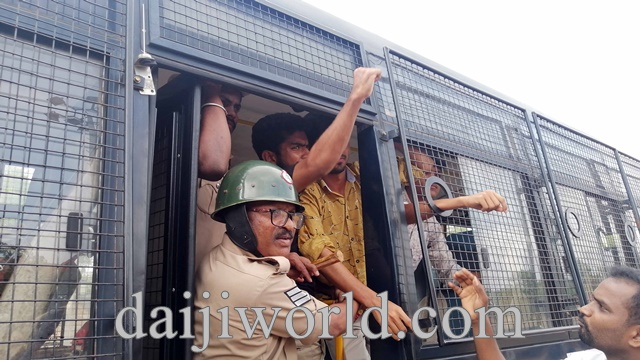 It is unfortunate that Kalladka Prabhakar, who has caused communal hatred in the coastal belt and has several cases registered against him in various police stations for giving inciting speeches, has been invited to the university,” they said. Members of the TPI had also submitted an appeal on Monday to Mangalore University authorities to withdraw the invitation citing public disorder on campus.

Police security has been reinforced on the Mangalagangothri campus. 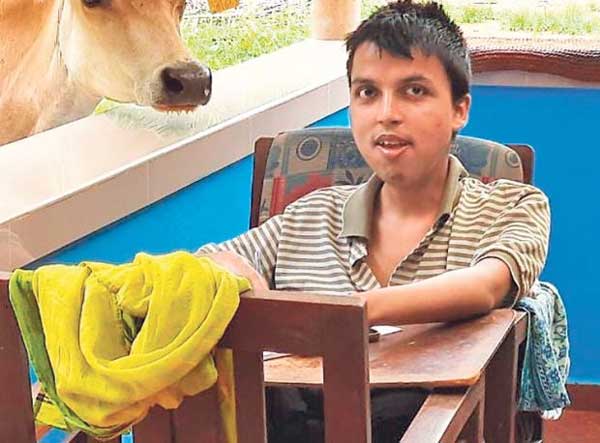