Bangalore: Congress hits out at government for ‘discrimination’ in grant giving

Bangalore, February 15: The Congress Legislature Party (CLP), which met here on Monday, February 14, decided to wage an intensive fight against the attitude of the government which allegedly neglected the constituencies represented by Congress legislators.

The meeting, chaired by Assembly Opposition Leader Siddaramaiah, held detailed discussions and consultations on the release of grants. The party also decided to corner the government by raising issues such as the bitcoin scandal and the 40% commission, among others. 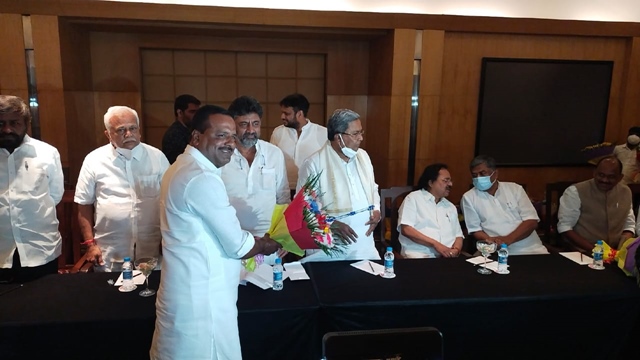 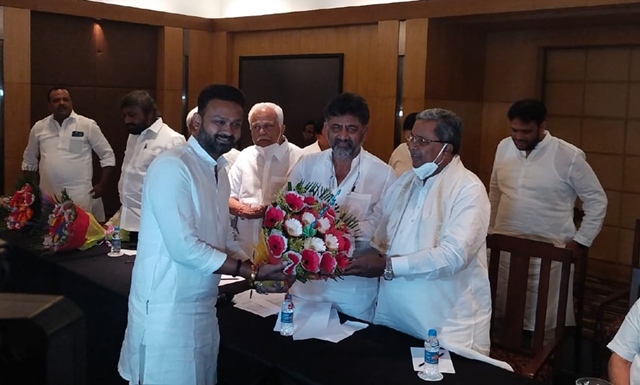 MPs pointed out that Rs 50 crore each had been sanctioned as grants to constituencies represented by BJP lawmakers while those belonging to the Congress party got no grant.

In his opening remarks, Siddaramaiah alleged that the governor’s speech was “full of lies”. He accused the government of projecting some of the programs implemented by the Congress like those of the BJP.

“We are not able to get grants for development activities. The government points to the Covid-19 situation to justify its position. The government is bankrupt financially. The government finances are in very bad shape. The “State gets three lac crore in the form of taxes every year. But the central government provides GST compensation of Rs 50,000 to 60,000 crore,” he said.

Siddaramaiah said the government had not given even a single house to the poor for the past four years. He said that the government continues to publish advertisements in the newspapers and there too it makes false declarations.

“Government had said it would spend Rs 1 lac crore on irrigation but it did not keep its word. Hyderabad-Karnataka region in Karnataka was not given development funds and its only benefit is that it was renamed ‘Kalyana’. Karnataka’,” he said.

Siddaramaiah announced that the party would rake issues such as the 40% commission allegation made by the Contractors Association, the national education policy and several other issues on the house floor for discussion.