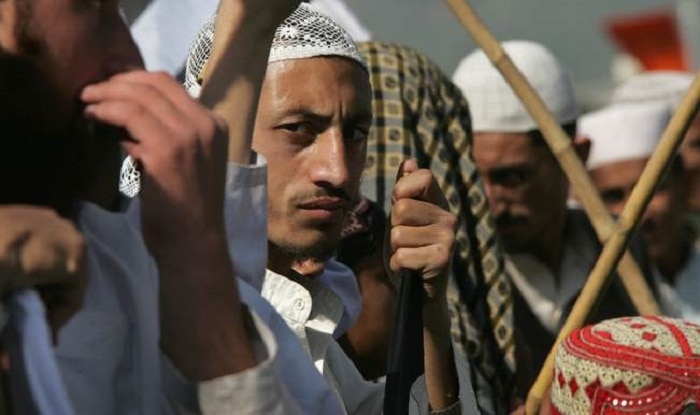 Mangalore, October 21: A Bajrang Dal activist, actively involved in the beef ban campaigns in the Dakshin Kannada region, was brutally assaulted to death by a group of radical Muslims. The deceased was identified as Prashant Poojary. He was killed in the sensitive communal town of Mangalore. Following a preliminary investigation, Karnataka police arrested eight people accused of being part of the group that axed the 29-year-old.Read also – Accused of conversion, two nuns harassed on a train in Uttar Pradesh; Amit Shah takes action

The gruesome murder was committed on October 9. Poojary, who sells flowers on the outskirts of Mangalore, was stabbed outside his store by motorcycle killers. Before his death, Prashant revealed the names of the attackers to his father. The assassins were all known to Poojary and killed him in revenge, as he was instrumental in the closure of the Moodabidri slaughterhouse near Mangalore. (READ ALSO: KS Bhagwan, peer of MM Kalburgi, reacts to threatening tweet from Bajrang Dal activist Bhuvith Shetty) Read also – Rinku Sharma, activist from Bajrang Dal, killed amid “Jai Shri Ram” slogans | Key details revealed

“Prashant Poojary was actively involved in a pro-Hindu group. There were many clashes and he was attacked out of common grudge, ”said Police Commissioner KS Murugan, quoted by The Indian Express.

According to Dakshin Kannada BJP MP Naleen Kumar Kateel, the act was in direct retaliation for the closure of slaughterhouses by Bajrang Dal activists. He identified Hanif, one of the slaughterhouse workers, as the one who gave a provocative speech to a group of Muslims after the shutdown and promised he would take revenge.